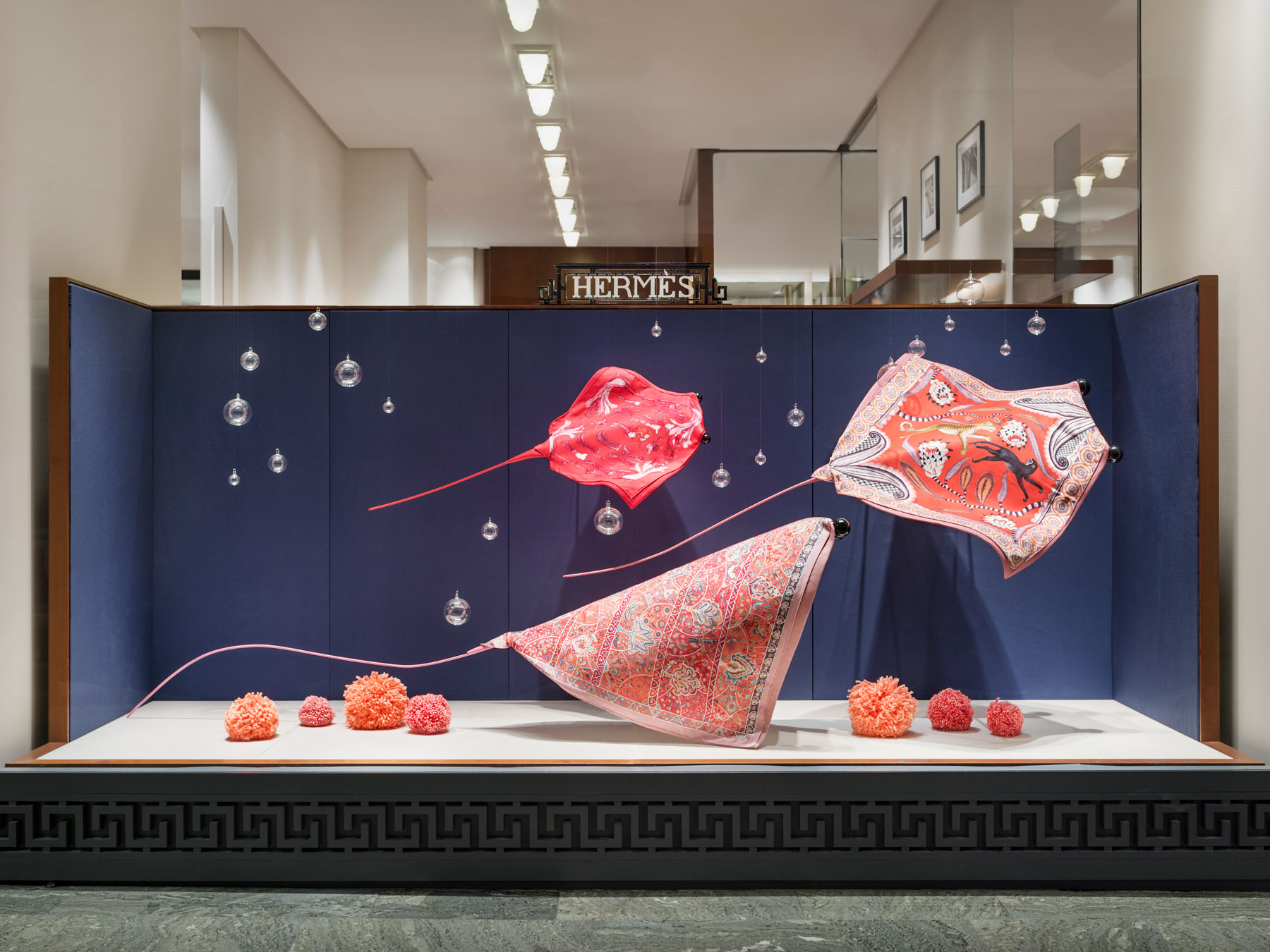 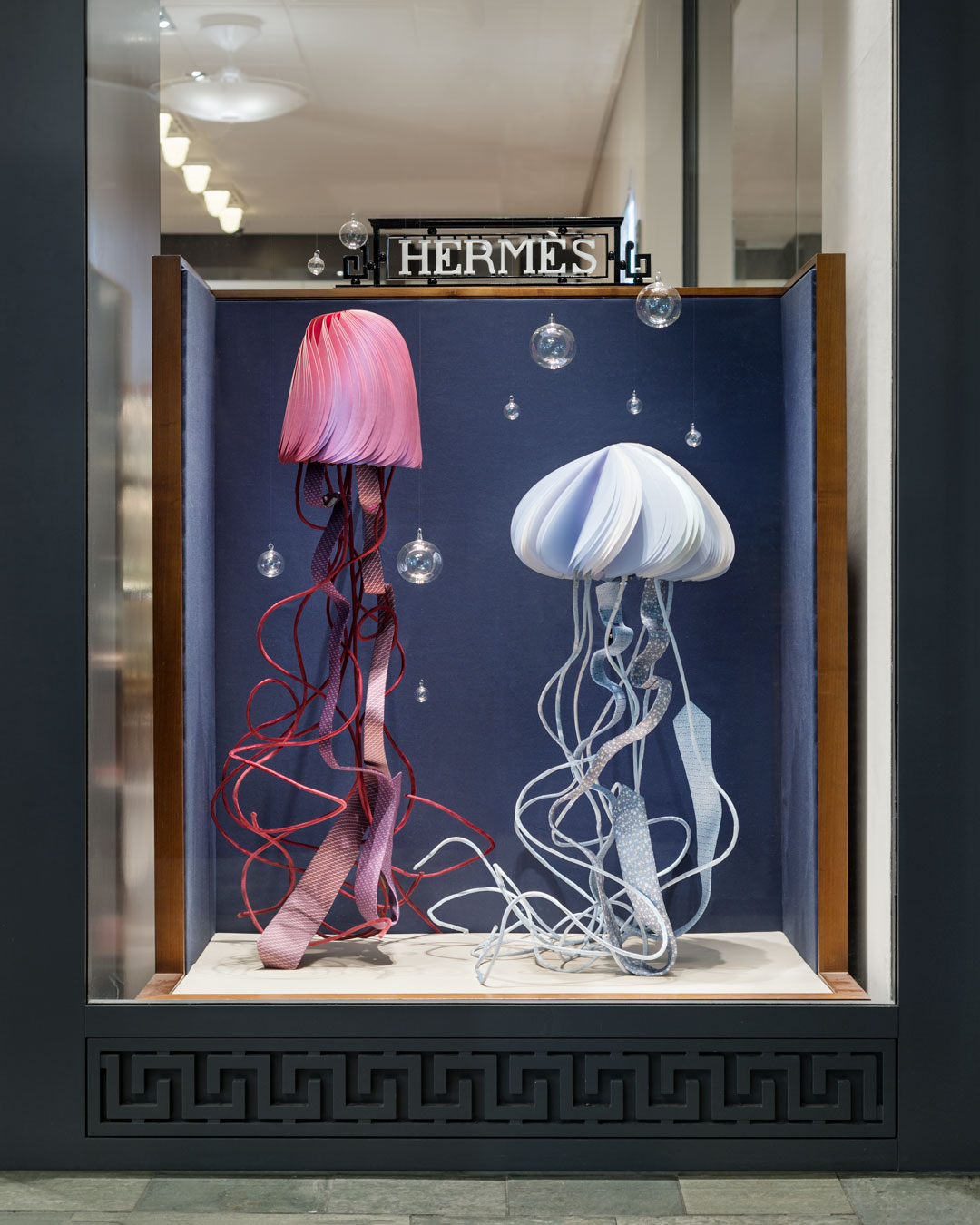 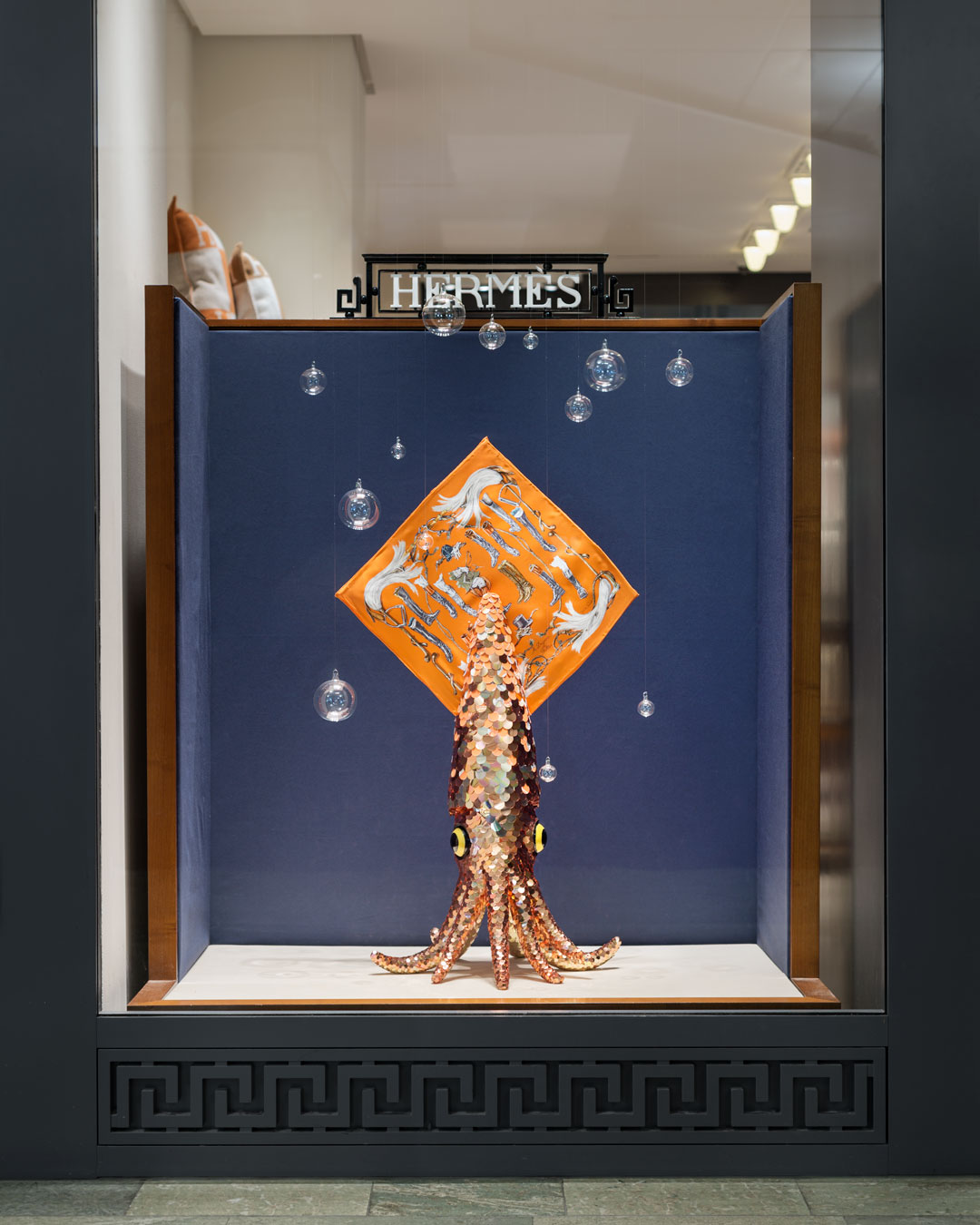 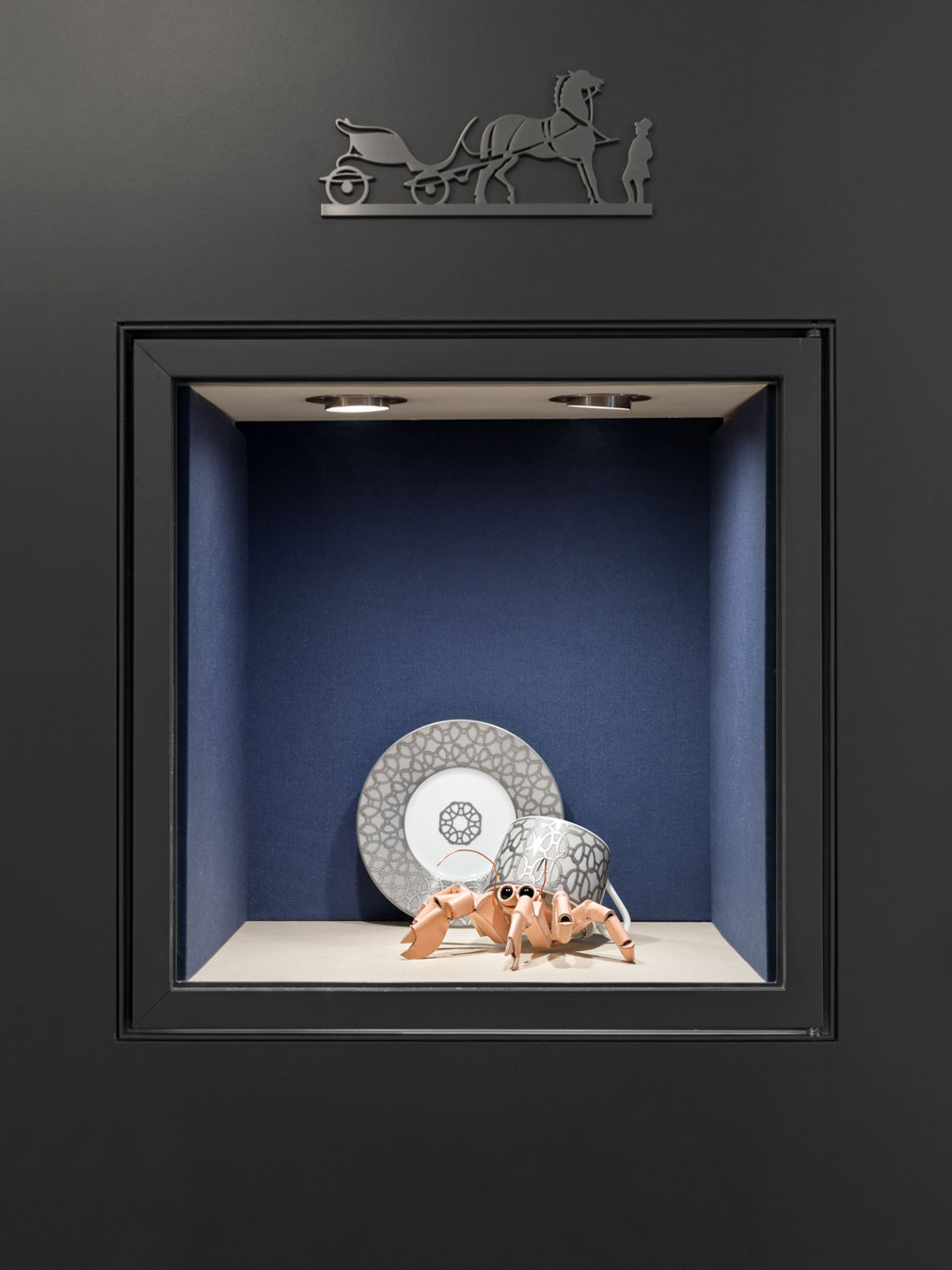 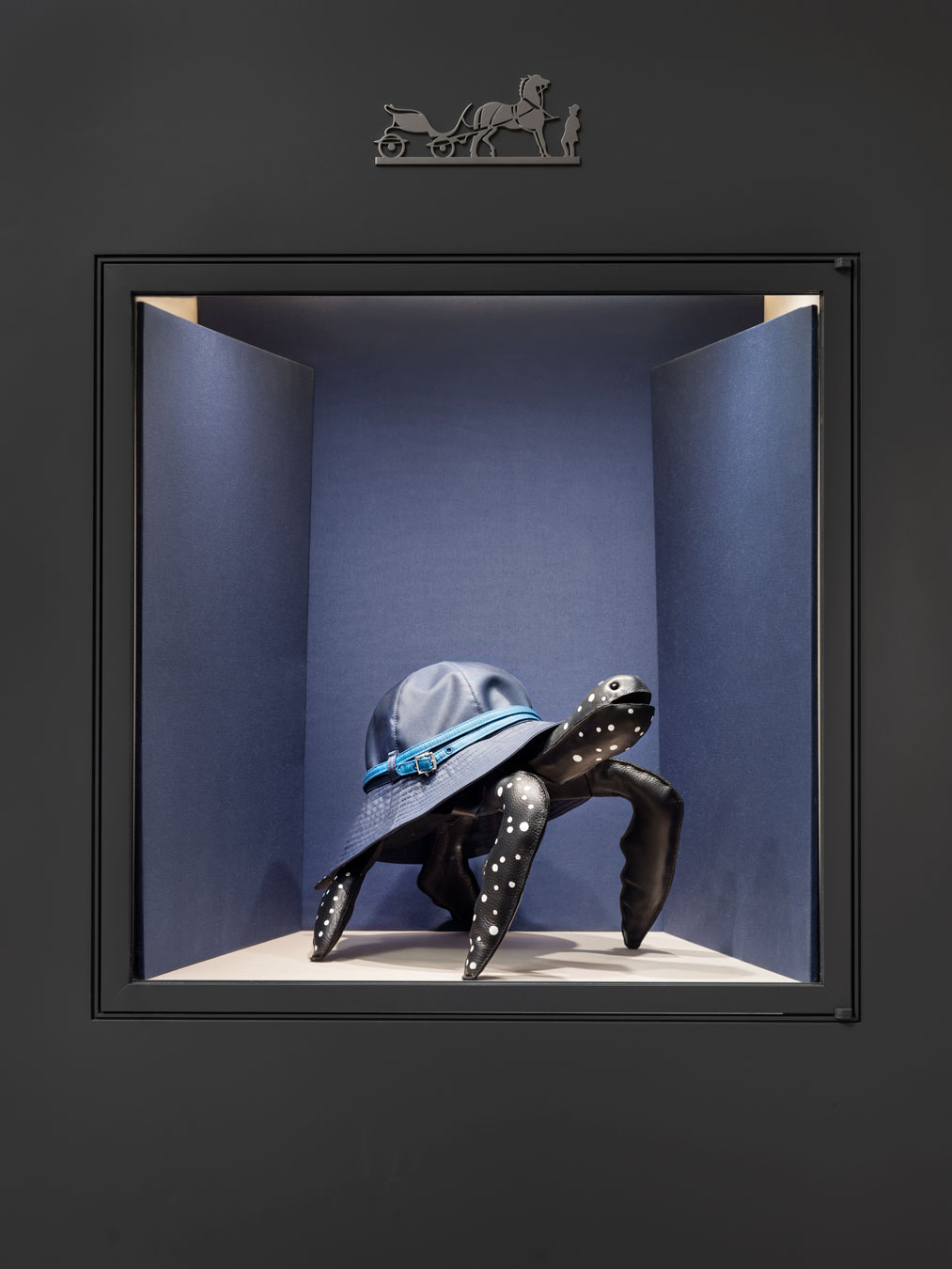 The theme of 2016 was “ Nature au gallop”. The sequence of campaign windows started with imaginary species of marine life. In this way Hermès scarves became manta rays, ties became the tentacles of jellyfish, a hermit crab used a teacup as its shell and a hat become a sea turtle.